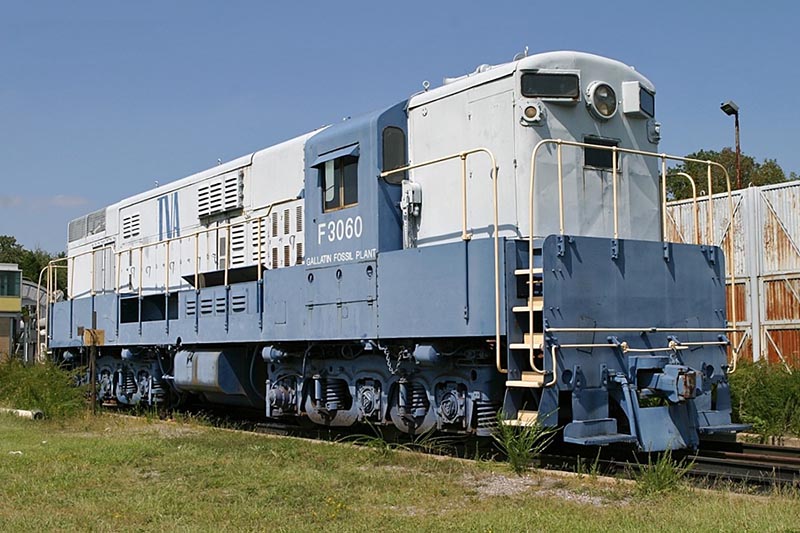 The Tennessee Valley Railroad Museum announced the donation of a significant railroad locomotive from the Tennessee Valley Authority to the Railroad Museum’s collection, a Fairbanks-Morse model H-16-66 no. F3060. Built in 1958 and known as the “Baby” Trainmaster, the locomotive was a 1600 horsepower version of the 2400 H-24-66 Trainmaster, at that time the most powerful single unit locomotive being built. The locomotive is one of the few surviving locomotives from this short lived locomotive supplier.
“TVRM is honored that TVA would place this locomotive in our collection for future display and possible operation” said Museum President Tim Andrews. “TVRM’s mission is to educate the public on the role of railroads in developing the Tennessee Valley region and what better example than this locomotive to showcase the intertwined efforts of the railroads and the supply of electricity by TVA in powering our economy.”

“Placing this retired locomotive with the Tennessee Valley Railroad Museum means that this rare piece of history will be preserved for years to come,” said Carol Eimers, TVA regional vice president, east region. “TVA worked closely with TVRM on a plan to safely transport this locomotive from the Gallatin Plant to Chattanooga, and we are proud it will be a part of the 60th anniversary celebration.”

Delivered to TVA’s Gallatin generating plant near Gallatin, TN the locomotive spent its entire working career moving coal four miles from the CSX interchange to the plant. This locomotive was retired in 1997 when coal shipments shifted from train to barge delivery. The locomotive is one of only nine Fairbanks-Morse locomotives preserved today.

Fairbanks-Morse entered the diesel locomotive market at the end of World War II planning to capitalize on the unique opposed piston engine used on many submarines and other naval vessels during the war. Featuring two pistons in each cylinder the engine produced more horsepower per cylinder than other diesel engines of the time. This unique design also led to its downfall as the engine did not hold up in the harsh railroad operating environment and required dedicated maintenance facilities to make repairs. TVA 3060 was one of the last locomotives they delivered to any railroad, as they exited the locomotive market by 1963 having produced less than 1500 units.

The locomotive has remained at Gallatin until TVA approached TVRM in 2019 regarding possible donation and preservation of the locomotive. Because rail service is no longer available to the plant extensive planning for moving the locomotive over the highway to Chattanooga has been developed. TVA will assist the move by providing cranes to lift the partially disassembled locomotive to the specially equipped truck for movement to Chattanooga. 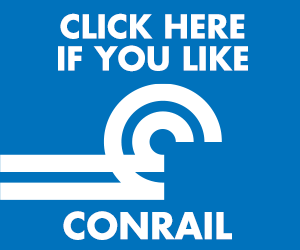