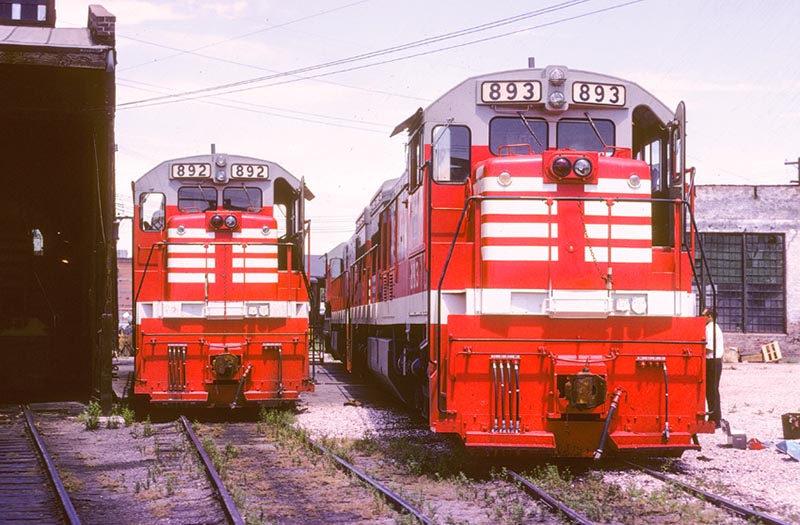 Colorado & Southern 892, 893, and at least one other U30C (three of the four owned by Colorado & Southern) were at Denver in late summer 1968. The split windshield feature came into use with GE’s early U28Cs (housed in U25C style bodies), and would continue into modern-era production. —Stuart J. Sutton photo, Kevin EuDaly collection 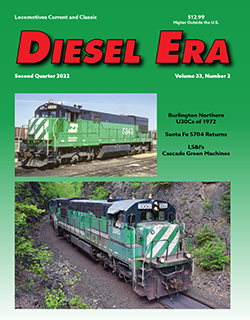 In Burlington Northern’s (BN) roster, the General Electric U30C group surveyed in the previous feature make up the first examples bought by the railroad… though not the oldest. Before BN’s arrival in 1970, subsidiary Colorado & Southern (C&S) purchased four U30Cs (890–893) in 1968. The units are Phase II examples and rode on interesting-looking General Steel sideframes with high-mount brake cylinders over each axle.

Like other C&S power, at a glance these U-boats looked like Chicago, Burlington & Quincy roster members and wore Chinese Red livery with “Burlington” name and herald prominent, and “C&S” appeared in small letters to the right of the road number by the cab. The four would go on to serve BN and see repainting, but retain their 890-series road numbers through the 1970s. The group did later see renumbering to 5396–5399 in the 1980s. 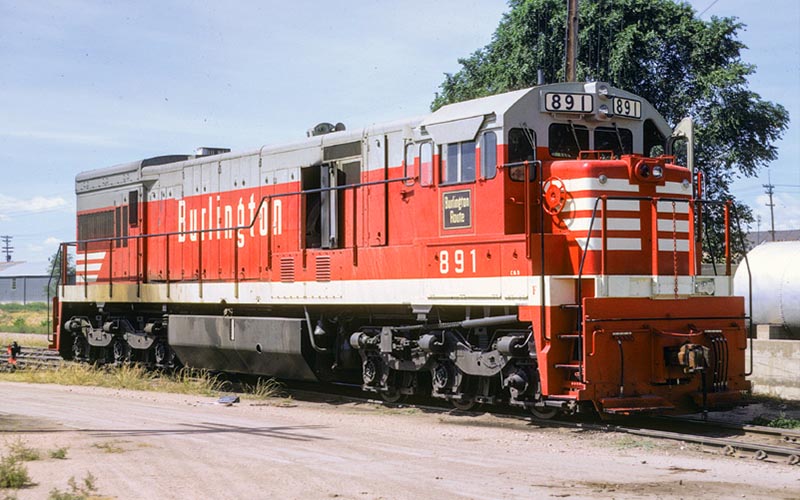 ABOVE: C&S 891 (later BN 5396) shows the attractive taper (visible near the top of the radiator where it connects with the long hood on both sides of the unit) included on this Phase II style U30C. The locomotive has an engine access door open near the air intake area on the long hood, as it sits in Denver, Colo., a few months after its mid-1968 arrival on the roster. —Stuart J. Sutton photo, Kevin EuDaly collection 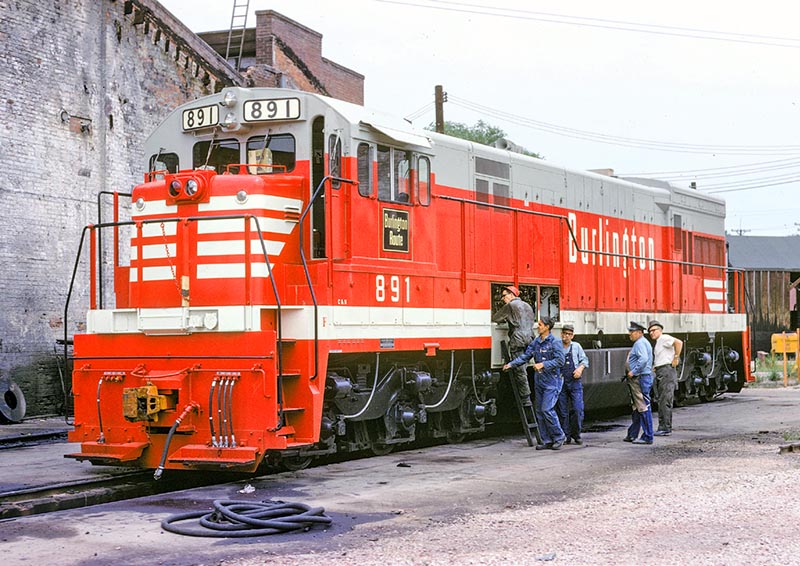 ABOVE: C&S 891 (GE 36792) received plenty of attention on this visit to Denver, Colo., in August 1968. Following Burlington practice, these U30Cs lack drop steps on the pilots and the pilot hand-rails are straight with no chain between the center stanchions. —Stuart J. Sutton photo, Kevin EuDaly collection

See the rest in the Second Quarter 2022 issue of Diesel Era. Subscribe Today!